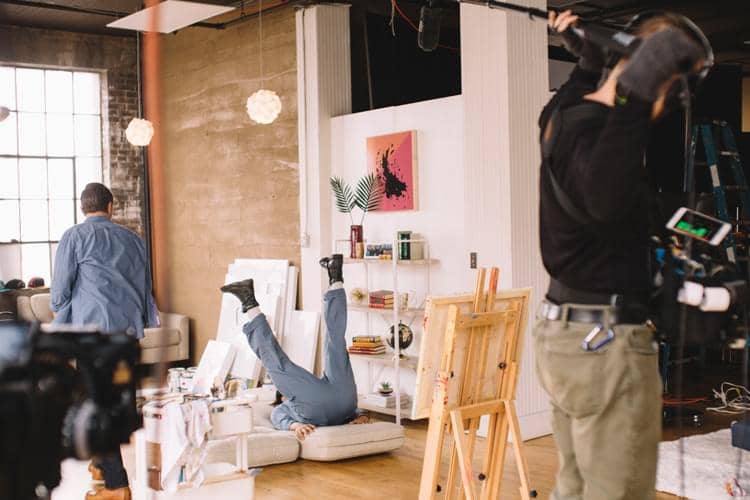 A promotional video production company with clients ranging from ballets to banks is expanding its operations into Ypsilanti to better serve clients throughout the Midwest.

Front Runner Films founder Tyler Nimmons says the company works with freelance talent plus 11 employees across three locations: Boise, Idaho (where the company was founded); Los Angeles; and now Ypsilanti. Currently, two employees are in Ypsilanti, but the company is looking to expand its team.

Nimmons says there’ll be a great advantage in deploying talent from Michigan to work with existing clients in Chicago, Detroit, and other Michigan locations.

“It’s easier on the pocketbook if we have great talent here and don’t have to fly them in, and it’s quicker to produce,” he says. “We like to mobilize very quickly. It’s one of our strong suits.”

Nimmons says one of the reasons he was attracted to Ypsilanti was seeing how quickly Ypsilanti-based GameAbove has grown and how successful the projects it’s supported have been.

“We had a front-row seat to a great show of them growing eastern Washtenaw County and the city of Ypsilanti. That’s part of the reason we planted our flag in Ypsilanti,” Nimmons says. “We could have picked Detroit, but there was a great amount of time spent in Ypsilanti making several videos and seeing the town and the people. We saw that entrepreneurial spirit and growth happening here and wanted to be a part of it.”

Nimmons says he feels a sense of “pure joy” in his work as well as building up a team and allowing them to let their talents and abilities shine. That attitude extends to the company’s slogan, “Humor and Heart.”

“We’re creatively solving problems for clients so they can get their story, products, or services out to customers in an honest but humorous or heartfelt way. I’m either going to make you laugh or get you in the feels,” he says.

More information about Front Runner Films and clips of its previous projects are available here.

How to Send a Large Video File

Sending large video files can be a challenge, especially if you are working with clients or collaborators who are located in different parts of the world. Fortunately, there are several ways to send large video files that are both convenient and effective. A Few...

Location vs. Studio: The Pros and Cons of Filming On-Site and In-House

You’re envisioning sweeping shots of rolling hills, or you want to highlight your hip, well-lit office staffed with diverse and interesting employees. That’s what we call shooting on location. Your other option is streamlined and simple: a brightly lit studio, where...

The Best Analytical Tools to Use for Measuring Video

Video is the best way for businesses, organizations, and individuals to communicate, entertain, and educate an audience. But you need the right tools—not just to make the perfect video, but to measure its effectiveness and engagement. Today we'll take a look at some...