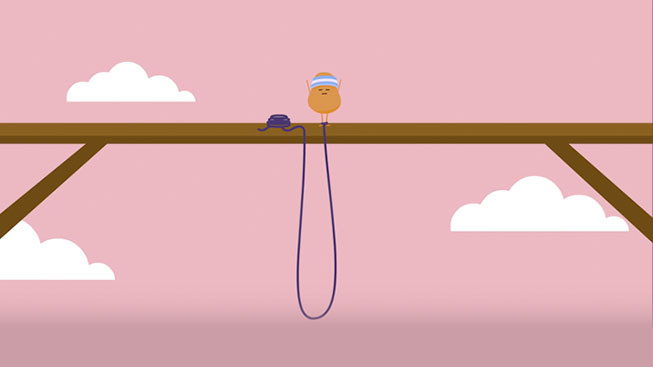 At Front Runner Films we get our kicks by exploring the many creative solutions that video content can provide for business’. We believe that every company has a story to tell and an obstacle in telling it. Welcome to the very first installment of a series of blog articles in which we’ll take a deeper look at some of our favorite Branded Video marketing campaigns, and what has made them such a success. Case Study #1: “Dumb Ways To Die”

The Problem:PSAs (Public Service Announcements) are boring. Traditional warnings regarding train safety weren’t working, with train-related injuries and fatalities increasing each year. The shock-value of previous campaigns that featured gory, real-life incidents had worn off. Metro Trains had to find a new way to win back the attention of their broad audience – the million+ travellers, from all walks of life, who utilized this public transport system every day.
The Solution:Taking a bold and original step away from traditional PSAs, a morbid yet hilarious cast of animated characters were created. The creators hoped that the unexpected, modern, and quirky style of this piece, accompanied by a very catchy tune, would communicate the serious consequences of acting ‘dumb’ in a fresh and unique way. If it could be so different, and so engaging (and more than a little bit cheeky) that it simply couldn’t be ignored.
https://www.youtube.com/embed/IJNR2EpS0jw?autoplay=0&mute=0&controls=0&origin=https%3A%2F%2Fwww.wix.com&playsinline=1&showinfo=0&rel=0&iv_load_policy=3&modestbranding=1&enablejsapi=1&widgetid=1

The Results:The campaign is one of Australia’s most successful public service campaigns and achieved worldwide renown and praise. The video has been viewed 140,180,932 times to date, and more than one million people pledged to be safe around trains via the campaign website. The success didn’t end there, in the months and years that followed the launch, limited-edition posters of the characters were produced as well as a ‘Little Book of Dumb Ways to Die’ and a mobile app that’s been downloaded over 35 million times. Despite some criticism from Australian media (the accusation of the trivialization of train-related suicide) and being censored by the Russian government, the video contributed to a 10% reduction in near misses and accidents on Melbourne Metro trains that year and an estimated 20% reduction in incidences of ‘dumb’ behavior on or around platforms and stations.

Takeaways:Humor and originality remain two of the strongest driving forces behind the most successful branded video content. Even a potentially serious and heavy topic was made enjoyable and shareable using an original, and culturally relevant (the dark morbid humor that Australian’s are renowned for) and current, hip approach, produced to professional standards. The clash of cute and morbid was no doubt integral to this campaign’s viral success and this is also an excellent example of pushing the limits of what might be considered risque with outstanding results,