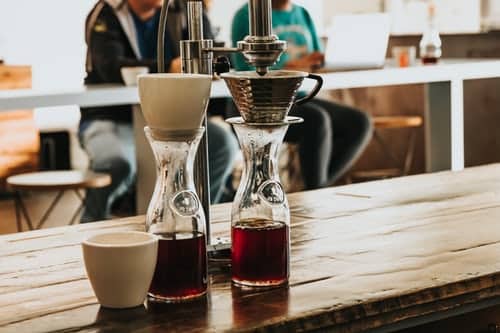 Next month (March 2019) a documentary will premiere for American audiences through online streaming provider Amazon Prime. What differentiates this documentary from the many others recently released is that it is also long-form branded content.
Brewmaster, directed by Douglas Tirola, follows beer enthusiast and educator Brian Reed on his quest to earn the title of Master Cicerone (essentially a Master Sommelier for beer) and Drew Kostic, a lawyer with a dream of running his own brewery.

The Pilsner Urquell Brewery, the Czech beer-maker that introduced the world’s first pale lager funded this production and gave their production company of choice (Grasshopper + Marks Productions, a team with a proven record of alcohol focused documentary filmmaking.) full creative control. A clever choice as film’s success so far (it was picked up by Orchard Distribution promptly after premiering at SXSW last year) could be attributed to its lack of focus on the funded brand.

Instead the film took a two-pronged strategy to lift what could have been nothing more than a very long commercial into a genuine, engaging documentary with humor and heart.

Primarily the film celebrates the booming craft beer movement, Pilsner Urquell’s aim was to educate people about the entire beer industry, not just their considerable contribution to it. Many brands are discussed, including direct competitors.
The secondary focus is one that everyone can relate to; the the importance of pursuing one’s dreams. Introducing a relatable human story invites viewers to connect personally and emotionally, a tried and proven method to leave a lasting impression.
“While it’s set in the beer world, the story is a universal story about pursuing your dreams. They gave up creative control to the filmmaker, believing it was more important to tell the story about the industry than it was to tell a specific story about the brand,” says Andy Marks, partner at Grasshopper + Marks.

This approach demonstrates what we at Front Runner Films consider to be the right balance when producing Branded Content. The content should be relevant to the product/service and brand, but should not be dominated by it. The content should have value as a stand alone piece – it should be able to stand on its own legs as a great piece of entertainment. And lastly, and perhaps most importantly, the story must have an emotion-driven and relatable human story. We call it “Humor and Heart”, and we consider it the keystone to every Branded Content campaign.

The Pilsner Urquell Brewery took a bold chance trusting that their brand would fair well in comparison to their competitors and that their customers would appreciate the “gift” of entertainment more than yet another clever yet sales-focused commercial. Let’s watch next month and see if their investment will pay off. (We predict it will!)

Want to work with a Branded Content Production company that understands the need for thinking bold and different? Send us a message (info@frontrunnerfilmsllc.com) to start a conversation.