Dove dominated the brand storytelling landscape with their release of the Real Beauty Sketches in 2013, which went viral and became the most watched branded content that year and accumulated 5.6 billion global media impressions.

After doing some research, Dove found that only 4% of women describe themselves as beautiful. This disappointing statistic inspired Dove to propose a simple, yet lofty challenge for Ogilvy, an advertising, marketing, and public relations agency: Make women feel better about themselves.
They wanted to come up with an idea that would prove women wrong about their self-image. Anselmo Ramos, Vice President and Creative Director at Ogilvy, a key mastermind to this feat asked Dove to buy into a social experiment instead of a script.
“Consumers are ready to engage with brands,” said Ramos. “We just need to entertain them.” Ogilvy likes to bring ideas to life that have not been done before. With a plethora of ideas on the table, “Real Beauty Sketches” stood out the most.
They found Gil Zamora after an extensive search to find the best sketch artist. He was a perfect fit for this experiment with his experience working for the FBI as a forensic artist juxtaposed with his personality.
Women of all ages and ethnicities were casted for this shoot. They searched for women with candid and easygoing personalities that would be able to befriend someone quickly and would be able to detail them later on.
The shooting took place over three days in a San Francisco warehouse. Zamora, separated from the contestants by curtain, was asked to draw two portraits of women. One portrait was based on how women described themselves. The second portrait was drawn from the stranger’s description.
Placing the two portraits side by side was awe-inspiring.The difference in sketches revealed how self critical we tend to be about ourselves and how much beauty people find in others.
The videos evoked emotion and the message truly moved the viewer. Not only were women compelled by this sad reality, but the men were too. The series made the men think of women in their own life–mothers, sisters, and daughters. This message compelled audiences to view Dove as a brand that is customer focused, which fosters a stronger level of trust. This trust helps drive brand engagement amongst consumers.
This was all a leap of faith on Dove and Oglivy’s part, yet resulted in a huge success. It can be difficult for brands to take risks, but it’s becoming increasingly more necessary. With so much content out there, it is not enough to only have stunning imagery that goes to fun music. You have to create a meaningful message, that will strike a chord with your audience. The best way to do this? Be honest. What does your brand stand for? What is a story that goes along with that. Maybe that is something you heard and it sticks in your mind and motivates you every day to go to work.. build on that. But find that story. 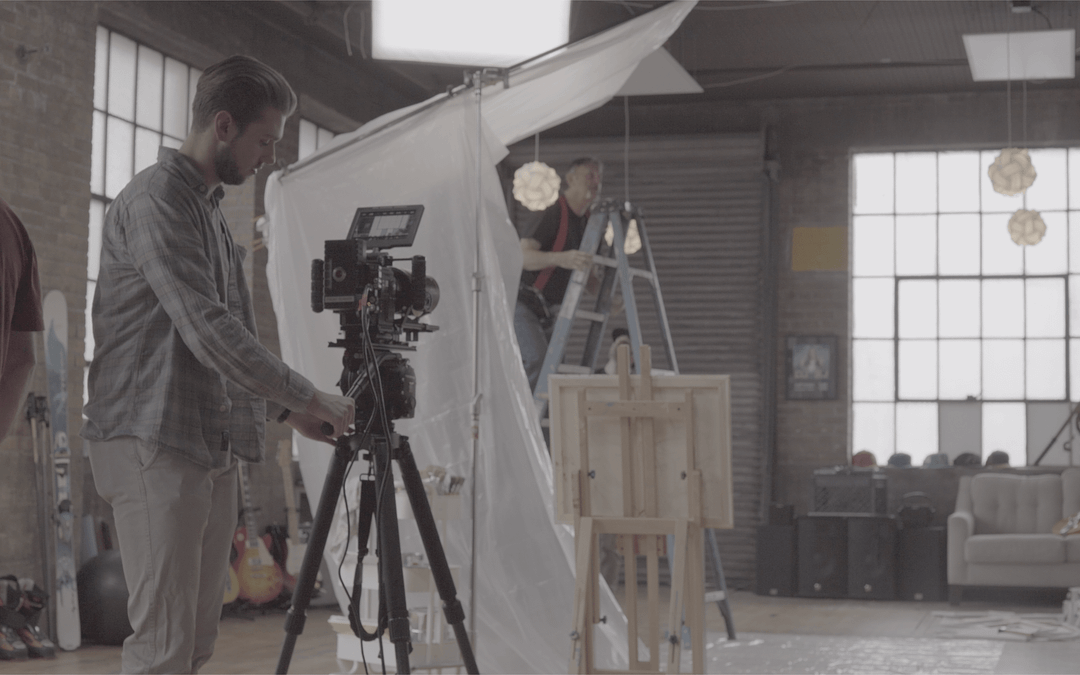 When And Why to Use Internal Vs External Video Production

How Video Is Growing The Financial Industry

Financial technology has led to the introduction of innovative and essential but complex financial products, services, and jargon that are difficult to grasp (especially for those who are not tech-savvy.)  We've heard clients express how daunting it can be to have...

What to Wear in Your Corporate Culture Video

If you want to represent your company's values, identity, and mission, it helps to dress the part. To guide you, we've put together a few tips on what to wear in your corporate culture video. Whether you have a start-up or a growing business in need of corporate video...