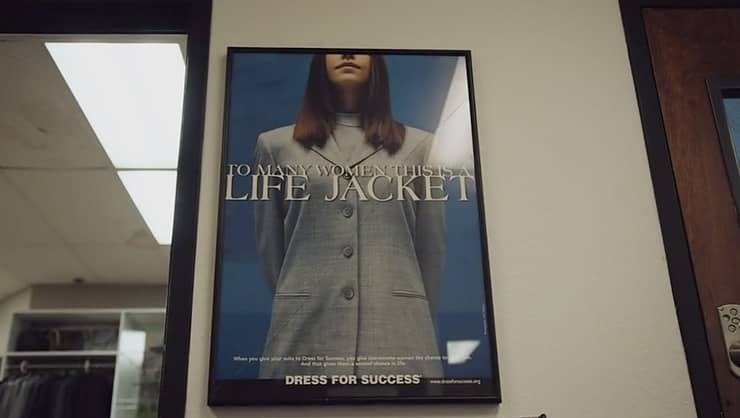 We’re honored to have received a Telly Award for the video we made forDress For Success Boise Valley, directed and produced by Brandon Freeman. We won silver in the Social Impact category, which recognizes excellence in video and television across all screens nationwide. We thought we’d tell you a bit more about why it has such meaning for us.
Here at Front Runner, we’re all about storytelling. Every organization has a unique story to share, and we don’t take that responsibility lightly. Dress for Success Boise Valley is a great example of that. The local nonprofit came to us through a referral from Ballet Idaho, another terrific organization we’ve worked with here in Boise.
Rachel Flichel contacted us regarding a video for the biggest event of their year. “As the Executive Director of Dress for Success Boise Valley and the person responsible for our annual fundraising Gala,” said Flichel, “I know the importance of capturing a large audience with a video to show what we do to make a big impact for potential donors. I was looking for a more professional video to use at our upcoming Gala and was referred to Front Runner Films by a friend. I knew these guys were the real deal and I crossed my fingers hoping they would have time to work with us.”
Dress for Success was looking for a production company that knew how to handle the subject matter with diplomacy. Their mission is to empower and enrich women to achieve economic independence through a network of support, developmental tools, and the availability of professional dress clothing to help them thrive in work and life. Their vision is to offer solutions to women in order to break the cycle of poverty. “Our previous video experiences… always turned out ‘okay,’” said Flichel. “But we would write the scripts and guide the videographer with what message we wanted portrayed on the video. It was basically as creative as we could come up with… and very stressful.”
We wanted to mitigate that stress. “We were in for a surprise on the day of shooting,” said Flichel. “Tyler and Brandon had done their research on Dress for Success and had the entire afternoon all planned out. They had a vision and we just showed up.”
The majority of the participants that day had never been on set before, so at first many were camera shy; we knew we could go deeper if we helped them feel more comfortable with us. At Front Runner, it’s always more than a video: when it comes to a client’s story, our motto for every shoot is best summed up as “handle with care.” Once Tyler and Brandon relayed that idea, the participants opened up, sharing their history beyond the simple who-what-where; they were brave as all get-out and we managed to get far more footage than we needed. This was a testament to the women’s ability to tell their stories, which was only possible once they realized those stories were in safe hands. We were grateful they trusted us enough to tell them authentically.
The Dress for Success shoot is just one glimpse into how we facilitate storytelling in our production space and the way we approach all of our videos. How can we tell your story?