How You Can Employ Humorous And Heartfelt Advertising To Grow Your Brand: PART #3 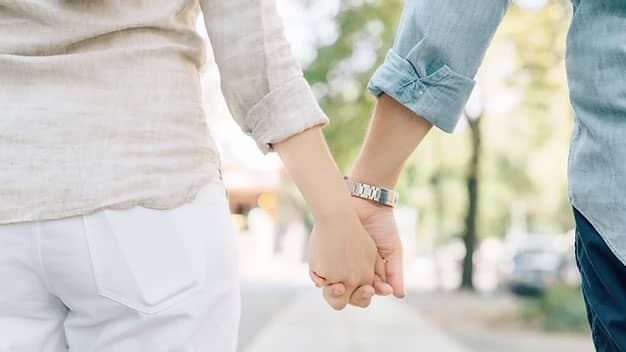 Think back to when the first member of your friend group had a boyfriend or girlfriend. Remember wondering how they did it, when it would happen to you, and what you were missing?
We all crave connection on some level – be that romantic connection, belonging to a friend group, or a strong family unit. In great part, the desire to give and receive empathy is what makes all of us human. This aspect of our behavior is something that smart advertisers can tap into, and according to recent census data, should!
In 2015, retail stores experienced notably low sales during the holiday seasons. Meanwhile, buyers during the same time period spent a record high amount of money on travel. Likewise, restaurants experienced an 8% increase in sales, and so did entertainment subscriptions such as Netflix and Spotify. These habits tell a story: Americans are beginning to spend more money on experiences than on things.Instead of trying to sell audiences on the necessity of a thing, smart advertisers take the time to show how their product or service relates to the values people hold dearest.

How will this change my life experience?While no one, not even Aristotle could give a universal answer to the question, “What is worth valuing?,” luckily for advertisers, there’s a formula for how to engage viewers to break through the noise in today’s, ad-rich world.
Here’s how the formula works:1- Tell a story that highlights a key emotion in a desirable relationship of any sort.2- Demonstrate how the seller’s product or service enables the shared desirable emotion.

Here are a few examples of successful ad campaigns that employ this heartwarming storytelling technique:

The Lost Dog ad aired during the 2015 Super Bowl and topped the USA Today Ad Meter, proving its popularity immediately. Subsequently, it went on to hit 19 million YouTube views, and 240,000 Twitter mentions. The ad definitely struck a chord.
The commercial tells the story of a relationship between a puppy and horses that live on a farm and who care for each other. In the story, the puppy gets lost and the horses find it, and rescue it when a wolf threatens it’s life. It highlights the power of loyalty in relationships by demonstrating a selfless act done for the sake of protecting the puppy when it’s in danger. The ad suggests at the end that best buds will go to great lengths to protect one another. It speaks to anyone who desires a relationship preserved by devout loyalty.

It also creates an association in the minds of the viewer between the beer brand and warm, secure, enduring feelings of connection. Budweiser is basically saying; “We’ve got your back.”

“Dad’s Sixth Sense” by Hyundai was a huge hit and won the Automobile Advertisement of The Year award in 2015, along with hoards of online shares, watches, and mentions across social media networks.

The ad tells the story of a loving father who goes to humorous lengths to save his son from danger and mistakes. At the end of the ad, the car saves the son from making a mistake in a situation where the father can’t, but reinforces the theme that parents who love their children, will go to all lengths possible to ensure they are safe. This ad is targeted at parents looking to purchase a family car.

And more specifically to parents purchasing cars that their children might be driving. Hyundai are cementing the most important emotions for parents with their brand; the feelings of reassurance, safety and reliability – “We’re here when you can’t be.”

This advertisement was released during the 2016 Rio Games, and is estimated to bring in upwards of $500 million in sales. It was more than a success, it was one of the biggest money earning campaigns the organization has ever launched.

The commercial tells the story of a mother who supports her daughter through continued failure and heart wrenching tears to inspire the young girl to become a strong, successful woman, but even more than that,; the girl becomes an athletic champion. The ad showcases the long term effect of a mother’s nurturing support. It resonates for daughters and mothers alike who have leaned on each other and need each other in any capacity.

As their target demo is primarily women, this clever approach targets both generations by celebrating the bond between mother and daughter. It’s aim is to create a distinct association between their product line and the warm, loving, supportive and nurturing relationships between mother and child. “We will nurture you and help you succeed.”

If you’re ready to stand out, get in touch with a production company that knows the ins and outs of heartwarming advertising to create a campaign that gives your brand a facelift.

Stay tuned every Wednesday for the latest in this four-part series.